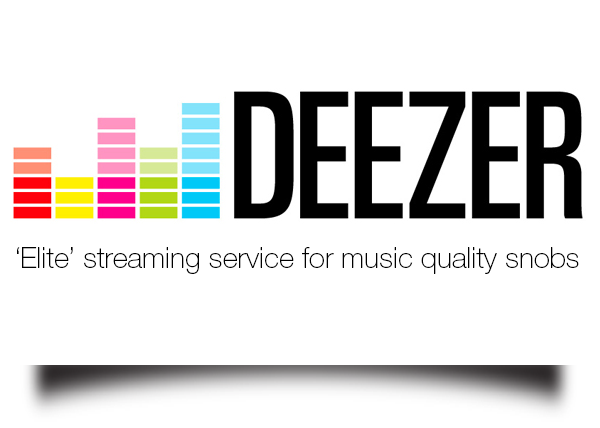 Deezer, a 7-year-old French company that competes with Spotify and other streaming music services around the globe, is coming to the United States at last. But the US version of Deezer's service has a twist: it's a premium offering aimed at audiophiles, and for starters, you'll need a Sonos speaker system to try it out. Deezer Elite, which launches Sept. 15th, will stream tracks from Deezer's catalog of 35 million songs in 16-bit FLAC. FLAC files are similar to MP3s, but they're lossless, meaning that the song's audio quality is not degraded despite being compressed. Spotify, by comparison, streams at a maximum of 320 kbps; Deezer says Elite songs stream at five times the quality.

Because of that, Elite plans to charge a premium price: $19.99 a month for unlimited on-demand streaming. That's double the price charged by Spotify, Rdio, and others — but Deezer executives say the audiophiles they're courting are eager to pay it. "We did a lot of research, and consumers were quite dissatisfied that over time they had moved backward in audio quality from vinyl to CDs to MP3s," says Tyler Goldman, Deezer's CEO for North America.

Goldman says there are more than 20 million people globally who describe themselves as audio enthusiasts, and that less than one-third of them currently subscribe to a music service like Deezer. "Yet these are the people who value music the most and spend the most money on music hardware," he says. "What they don't want to do is go backwards." In addition to the high-end audio, Elite will also eventually let you upload your own lossless files to the cloud for streaming later, and provide a "music concierge" to provide you with individual recommendations.

At launch, Deezer Elite will be available exclusively through Sonos — at a nice discount. You can try the service for $9.99 if you commit to a year, or $14.99 a month otherwise. The company won't say exactly how many songs are on Elite; instead, Goldman says 90 percent of the songs that have been played on Deezer will be available in 16-bit FLAC. The company plans to bring Elite to more platforms over time, along with the regular version of Deezer.

Spotify is so dominant in online streaming that it's easy to be skeptical of its competitors. Deezer has 5 million paying subscribers and 16 million users in total; Spotify has double the paid subscribers and 40 million active users. To its credit, Deezer is entering the market with something distinctive. It's aimed at a niche, sure, but it's a profitable niche, and it just might be the wedge the company needs to attract a more mainstream audience.