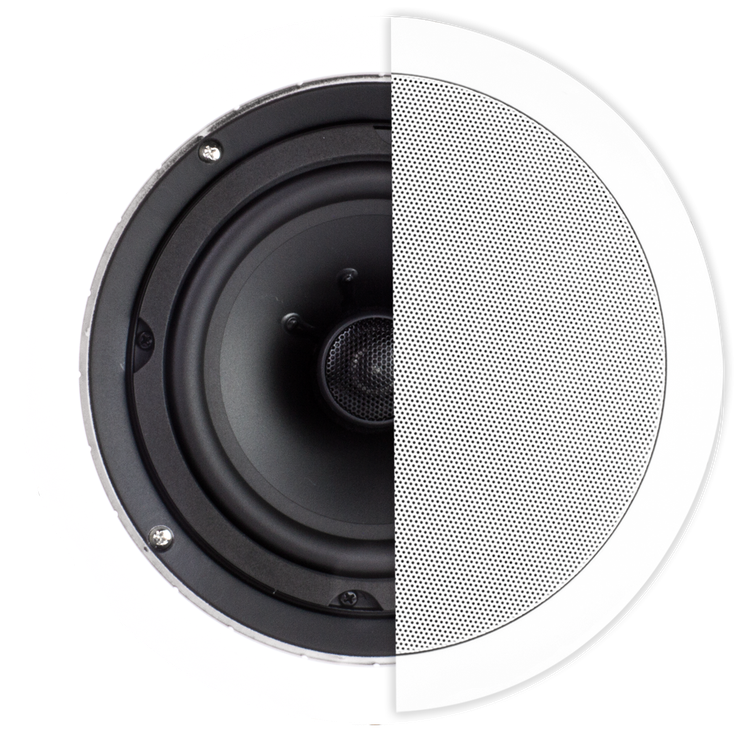 In order to understand speaker components, it is important first to understand sound. Sound is a type of energy that travels through the air, or any other medium, as a vibration of pressure waves. When these pressure waves reach our ears, they cause the eardrum to vibrate, which in turn sends signals to the brain that are interpreted as sound. Speakers are devices that convert electrical energy into sound. Using components to bring natural sounding waves to your ears, a good speaker's best qualities bring clear, concise, natural sound to the human ear. Understanding these components can be a huge benefit when it comes time to purchase, build, or integrate speakers into your life! Below you will read about the different components that make up a speaker, and why they are each individually important. 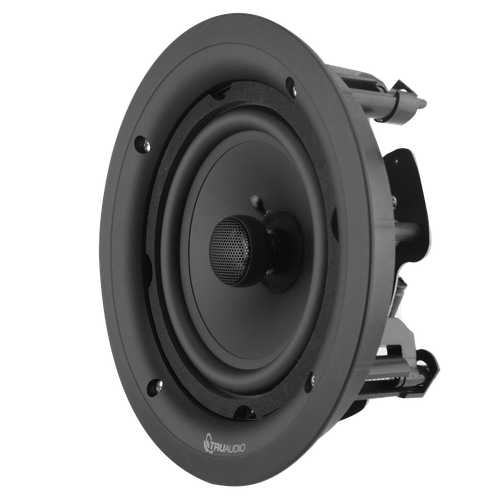 Cone: The cone is the part of the speaker that produces sound. When an audio signal is sent to the speaker, it vibrates the cone, which then produces sound waves. The size and shape of the cone, as well as the material it is made from, all play a role in determining the quality of sound that is produced. For example, a large cone made from rigid material will produce sound with less distortion than a small cone made from a flexible material. In general, however, all cones serve the same basic purpose: to convert an electrical signal into sound waves. 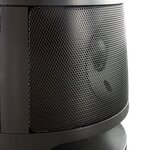 Tweeter: The tweeter is a small speaker that is responsible for producing high-frequency sounds. The tweeter creates sound by using a small electromagnet to vibrate a thin metal sheet. This sheet, also known as a diaphragm, produces sound waves that are carried through the air to your ears. The tweeter is responsible for reproducing treble tones, such as cymbals and bird calls. Without a tweeter, music would sound flat and lifeless, and it plays an important role in making music and other audio sound natural. Without tweeters, sounds would be harsh and grating. In addition, tweeters help to create a sense of space and depth in sound. By bouncing sound off of surfaces, tweeters create an immersive listening experience. As a result, tweeters are an essential component of any good speaker system. 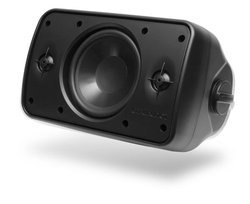 Woofer: The woofer is the part of a speaker that produces low-frequency sound waves, typically below around 500 Hz. These sound waves are generated by a cone-shaped diaphragm that is attached to a coil of wire. When an electrical signal is applied to the coil, it creates a magnetic field that causes the diaphragm to vibrate. The size of the diaphragm, the number of turns in the coil, and the strength of the magnetic field all affect the frequency response of the woofer. In general, larger woofers are better at reproducing low-frequency sound, but they are also heavier and more expensive. Smaller woofers may not be able to reproduce the lowest frequencies as accurately, but they are lighter and less expensive. 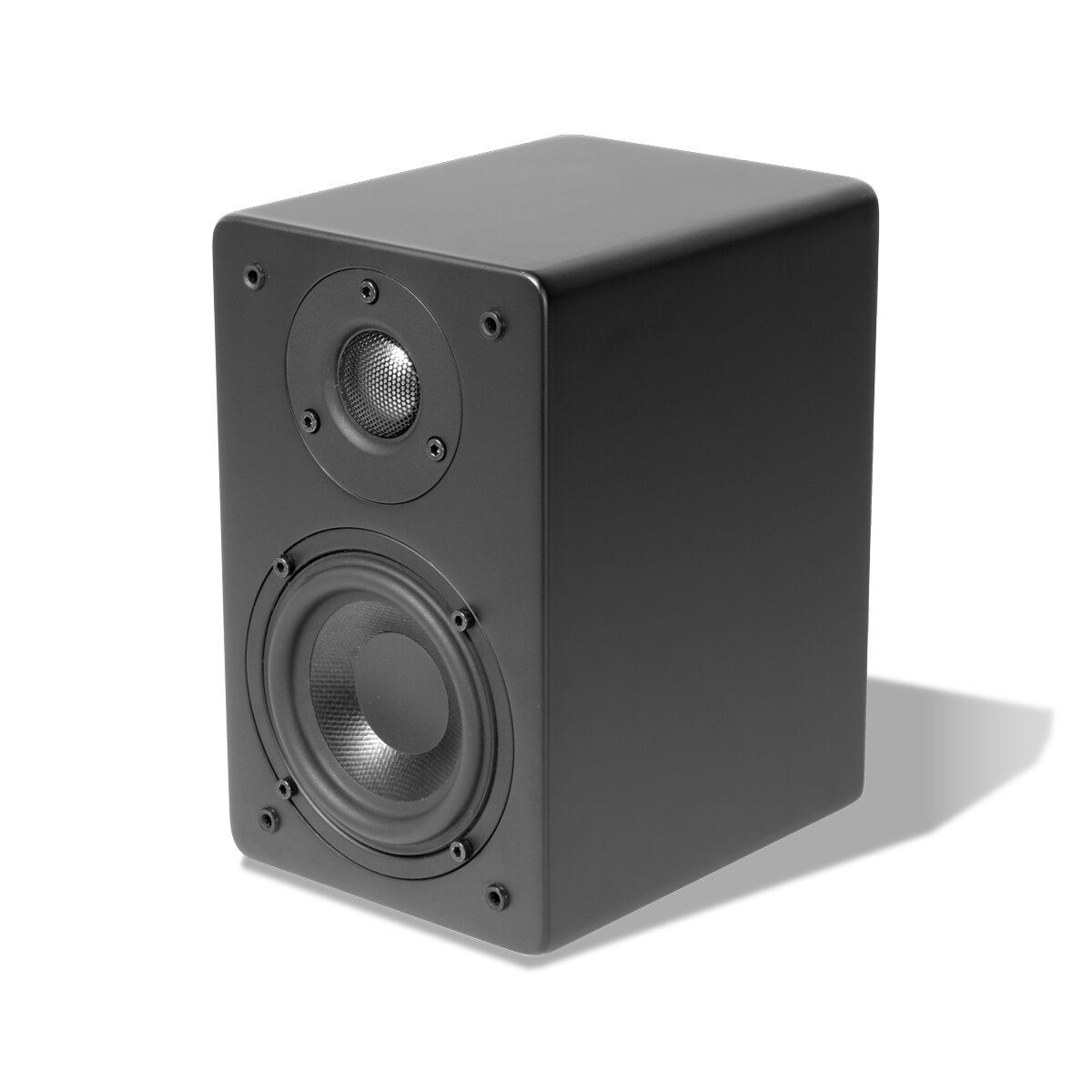 Box/Frame: The sound that comes out of a speaker is generated by the movement of a small diaphragm. When an audio signal is sent to the speaker, it causes the diaphragm to vibrate. This in turn causes the air around the speaker to vibrate, and this is what we hear as sound. The box of a speaker helps to shape and direct the sound that is produced by the diaphragm. Without it, the sound would be muffled and difficult to hear. In addition, the box helps to protect the delicate parts of the speaker from damage. By enclosing the diaphragm in a sturdy box, speakers can withstand years of use without losing any sound quality. Consequently, the box plays an essential role in the function of a speaker. Not all speakers are located in a box, and instead use the inside of walls or whatever they are installed in to mimic the same benefits of having the speaker in a box! 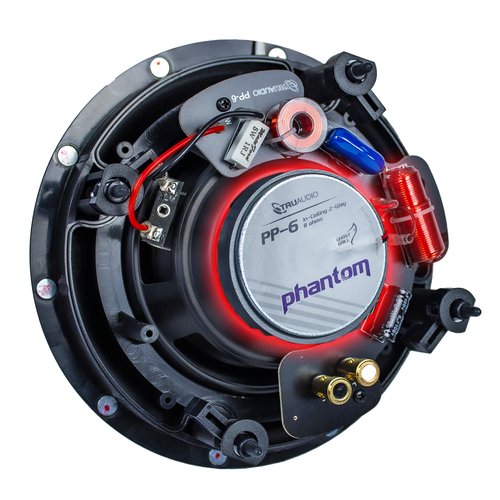 Magnet: The magnet on a speaker is responsible for converting electrical energy into sound. When an electrical signal is sent to the speaker, it produces a magnetic field. This field interacts with the permanent magnet on the speaker, causing it to vibrate. The vibration of the magnet sets up a corresponding vibration in the air, which is what we hear as sound. The strength of the magnetic field produced by the speaker's magnet determines how loud the sound will be. The stronger the field, the greater the vibration of the speaker's cone and the louder the sound that is produced. 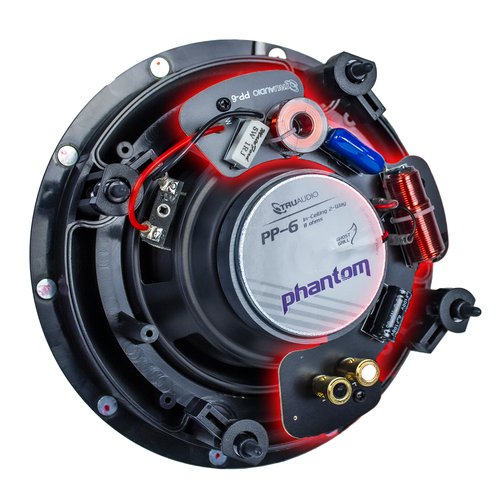 Crossover Board: The crossover on a speaker is responsible for directing the sound to the appropriate place. It ensures that low frequencies go to the woofer and high frequencies go to the tweeter. This is because each type of speaker is better equipped to handle certain frequencies. The crossover contains inductors and capacitors that work together to create a filter. The low-frequency sound waves are able to pass through the inductor, but the high-frequency sound waves are blocked. This allows the sound to be directed to the correct place without interference. The crossover is an essential component of a speaker system, and it plays a vital role in ensuring that the sound is clear and accurate.

Spider: The spider is a small, circular piece of metal that helps to support the voice coil in a speaker. The voice coil is a wire wound around a cylinder that vibrates when electricity is passed through it. This vibration is what produces sound. The spider helps to keep the voice coil in place so that it can vibrate freely. It also absorbs some of the vibrations, which helps to create a clearer sound. Without a spider, the sound produced by a speaker would be distorted and unclear. 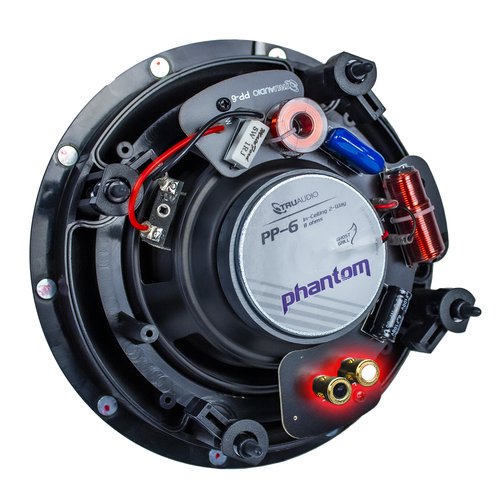 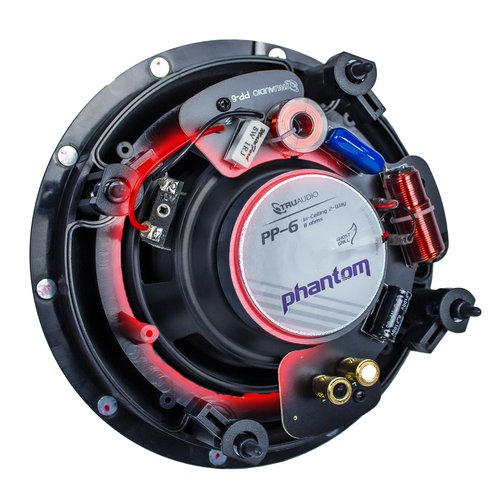 Voice coil: The voice coil is one of the most important components of a speaker. It consists of a coil of wire that is wrapped around a cylinder. When sound waves hit the voice coil, it vibrates. This causes the coil to move back and forth, which creates sound waves. The voice coil is what allows speakers to create sound. Without it, speakers would be silent. The quality of sound produced by a speaker depends on the quality of the voice coil. A good quality voice coil will produce clear sound without distortion. A bad-quality voice coil will produce a sound that is distorted and unclear. Voice coils are found in all types of speakers, from car stereos to home theater systems. They are vital for creating sound, and their quality can make a big difference in the sound quality of a speaker.

These components primarily make up the integral parts of a speaker! Speakers can seem complicated, but by breaking them down into their components, it becomes easier to understand how technology is able to mimic the science of sound! If you want to learn more about speakers, and what speakers are right for you, check out TruAudio.com!