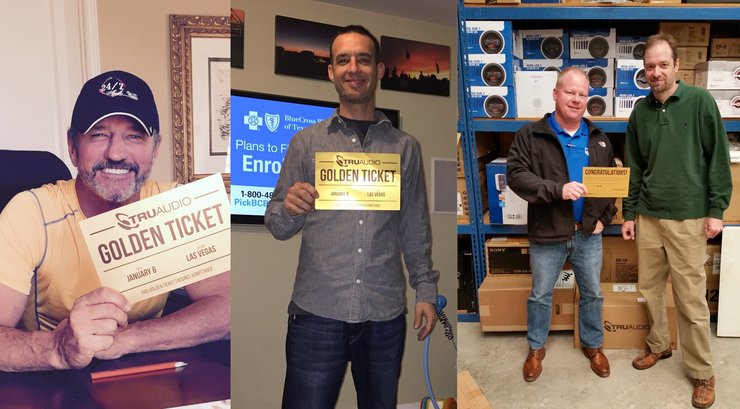 Rob Arend, Jason Zuniga, and Bill Simpson are the lucky winners of TruAudio‘s Golden Ticket to Vegas giveaway and have won three night accommodations, a Vegas show of their choice, up to $500 in airfare and two tickets to CES January 6-9.

We are excited to announce the third Golden Ticket to Vegas has been found in Baton Rouge, La. After weather delays Bill Simpson, one of the owners of Innovative Systems & Services, opened his anxiously awaited AS-2s to discover a bright Golden Ticket snug in the box.